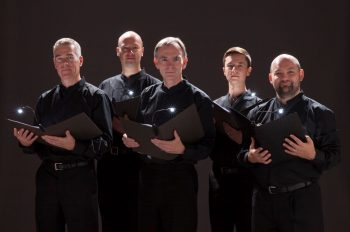 “Hwaet!” commands the storyteller. Listen! And tremble at this fearsome tale! A millennium or more has passed since the superhero Beowulf appeared in the annals of epic poetry, yet the legend of his bare-handed conquest of the terrifying Grendel endures. As one of the world’s leading practitioners of historically informed music and theater, Benjamin Bagby dramatizes the awe-inspiring poem in the original Anglo-Saxon, while simultaneously accompanying himself on medieval harp. With English supertitles.

For this intense new program, vocalist and harper Benjamin Bagby will be joined by his Sequentia colleagues Norbert Rodenkirchen, Hanna Marti and Stef Conner, for a program of riddles, charms and elegies of their medieval ancestors, the Anglo-Saxons and the Germanic tribes of the European Northlands.

These are songs of magic, healing, exile, of the uncertainty of fate, of a wandering poet/singer searching for a patron, funeral songs and celebrations of life-giving magic herbs. Their sources are varied: the Old English Beowulf epic, the Old Icelandic poetic Edda, and the few poems surviving in ancient songbooks such as The Exeter Book. Each of these songs is a glimpse into another time far from ours, and into the souls of poets, warriors, valkyries and seeresses, bards and philosophers, whose creations were the first to be written down in English and other Germanic languages. In addition to songs in English, there will be Old High German and Old Icelandic songs of conjuring, magic, and lament as well. The world of the pagan medieval north, just turning to Christianity, will be explored, using the oldest sources known to us today. The featured instruments will include 6-string Germanic harps, triangular harps, wooden flutes and a swan-bone flute.

Giovanni Gabrieli, who died in 1612, was without a doubt the greatest composer of the Venetian High Renaissance. We celebrate the holidays this year with music by this Venetian master, his uncle Andrea, and their contemporaries. This is music that would have echoed from the mosaic-covered vaults of Saint Mark’s Basilica as well as other Venetian churches. The program consists of motets for from two to fifteen voices, as well as dazzling sonatas and canzonas for cornetti, trombones and strings – festive music worthy of the season but also of the pomp and brilliance of the Venetian State.

After the dramatic success of the PBO’s production of Messiah in 2017, EMV has invited guest director Ivars Taurins, conductor of the Juno award-winning Tafelmusik Chamber Choir to lead an international team of soloists, the PBO and the Vancouver Cantata Singers in a thrilling period instrument performance of this seasonal favourite.

By his twenties, Antonius “Ton” Koopman was already carving a musical niche for himself in which he would rise to become one of the world’s most prominent performers in the early music movement. He founded his first Baroque orchestra in 1966, followed by an exuberant career (40 years and counting) of performance, conducting, and scholarship. He is widely regarded as one the finest organists, harpsichordists and conductors of our time. A frequent guest on EMV’s series over the years, for this recital he will play on a harpsichord by Vancouver-based maker Craig Tomlinson. 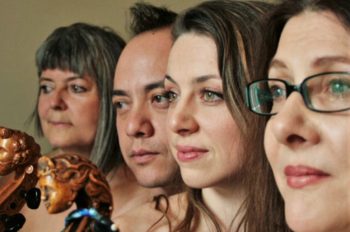 Star British lutenist Nigel North joins Canada’s now-legendary viol consort, Les Voix Humaines, for a performance of John Dowland’s 1604 Lachrimae. This iconic collection of passionate pavans, galiards, and almands is replete with musical effects, dissonances and suspensions that powerfully evoke the melancholic subjects that re-appear throughout Dowland’s compositions: the agonies of the soul, night, and darkness. 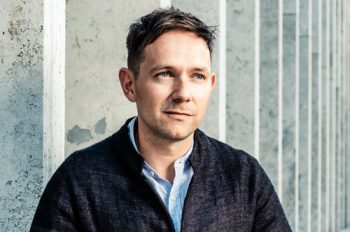 Iestyn Davies is a British countertenor widely recognised as one of the world’s finest singers, celebrated for the beauty and technical dexterity of his voice and intelligent musicianship. Simply put, he is one of the best countertenors in the world, performing regularly in lead roles at the world’s most important opera houses (the Metropolitan Opera, the Glyndebourne Festival, and Covent Garden). While widely respected as an opera singer, he is also valued as one of the finest interpreters of early and contemporary song repertoire. This concert highlights his work with English composer Michael Nyman, the songs of Henry Purcell, and Fretwork, the celebrated viol consort. Expect bold harmonies, wondrous inventions, and melodies that will haunt your dreams – whether from the 17th century or the 21st.