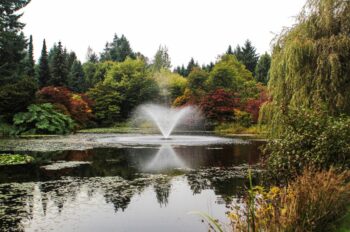 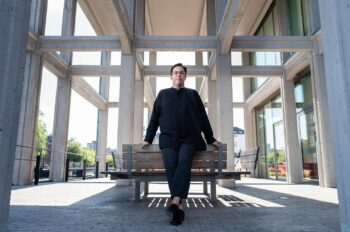 The recording sessions conclude with two solo Bach performances by EMV’s summer artist-in-residence, Jonathon Adams, a Two-Spirit, nêhiyaw michif (Cree-Métis) baritone and the Pacific Baroque Orchestra led from the organ and harpsichord by Alexander Weimann. BWV 82 “Ich habe genug” (It is enough) and BWV 56 – “Ich will den Kreuzstab gerne tragen” (I will carry the burden) are particularly relevant to current times. The cantatas, which work as companion pieces, represent a solo journey, or transition, from this world to the next. In BWV 82, the tension between the physical body and the caged spirit within will be explored whereas the deliberate reframing of colonial Christian narratives towards Indigenous land rights and reclamation of spirit will be the focal point in Cantata BWV 56. A co-production with Sound the Alarm: Music/Theatre. 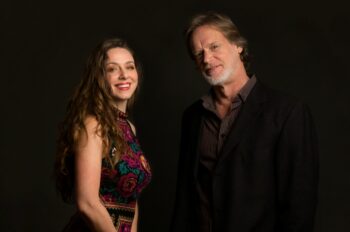 The works selected by Mélisande Corriveau and Eric Milnes for this evening present a vibrant array of French musical styles developed during the 18th century before the French Revolution. The origin and development of the pardessus de viole – known in France as “the woman’s violin”- coincided with the increasing prominence of the violin in French instrumental fashion. The crowning glory of the viola da gamba family, the pardessus – the smallest of the viola da gamba family of instruments – facilitated the instrument’s rise in popularity in France. Most of the works which will be performed were selected from the microfilm collections of the Bibliothèque Nationale de France, and few had been recorded until Mélisande’s recent recording. They are charming, playful, luminous and exquisitely elegant. 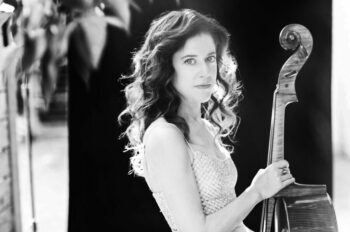 Of J.S. Bach’s children that survived into adulthood, four became composers whose music we still perform. While their musical facility reflects their father’s influence, each son had a very different path of travel, employment, and development of their musical voice. Johann Christian’s Chromatic Fugue on B-A-C-H pays homage to the serious, contrapuntal style of the past, but usually the Bach sons write in the galant style of their own generation, characterized by simplicity and immediacy of appeal. The closeness of the Bachs sometimes complicates the attribution of their music. The Orchestral Suite in G minor, BWV 1070, once thought to be by father Johann Sebastian, was more likely written by Wilhelm Friedemann. The Cello Sonata in A Major of Johann Christoph Friedrich seems liberated, natural, and comprehensible when played on a cello fit with a fifth string whereas the Cello Concerto in A minor of his older brother, Carl Philipp Emanuel fits well on the more popular 4-string instrument. Each work demonstrates the language of Sensibility (Empfindsamkeit): intimate, sensitive, and subjective. In their music, emotions are fleeting and instantaneous and, above all, the beauty of melody is emphasized. 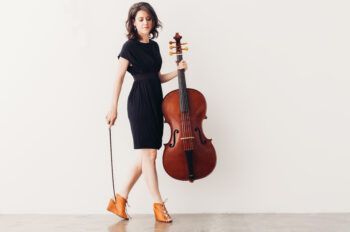 Today, the five-string cello is treated as an exotic and rarely-played cousin of the standard cello. However, in the 17th and 18th centuries it was simply one of the many instruments used in the family of bass violins and was particularly important for virtuosc sonatas and solos. This programme centres around the five-string cello’s most enduring work, Bach’s Sixth Solo Cello Suite (BWV 1012).

Each movement reveals the instrument’s incredible versatility and remarkable colours. Elinor Frey explores these qualities further through two newer works, “Guided By Voices” by Scott Godin (based on “O Vis Aeternitatis” of Hildegard von Bingen) and “With concord of sweet sounds” by Isaiah Ceccarelli. 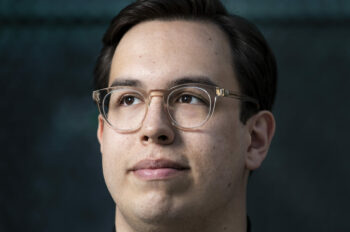 The nightingale, at liberty to sing of love and longing, is the star of this program devoted to songs of nature and nurture. These multicultural songs and gigues encompass many aspects of Canadian history with French, Scottish, Irish, and English colours woven into a complex and beautiful tapestry. The Métis songs, which survived in the memories of travelers from Quebec to the Prairies, are in Michif, French, and English. The earliest songs can be traced back to their European origins, with melodies that are remarkably similar to airs de cour, a form popular in 17th century France, that were often accompanied by viols. We hope you’ll enjoy hearing these beautiful songs, often plaintive, of the Rossignol Sauvage, a voice of the Métis people. 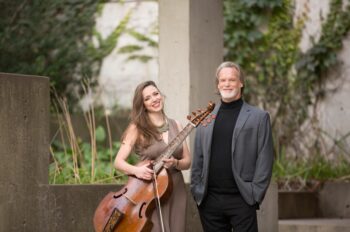 The program name ‘Lab’rinths’ evokes the spiritual mystery and human turmoil captured so clearly by Purcell and his contemporaries. Taken from a collection of sacred songs published in 1688 by Henry Playford, ‘Harmonia Sacra’, these devotional songs by Purcell can often be interpreted as biblical ‘mad scenes’: they offer the listener a glimpse into his most dramatic and harmonically adventurous explorations of personal loss, confusion, spiritual angst and delirious ecstasy. These songs will be sung by baritone Jonathon Adams and accompanied by Mélisande Corriveau on viola da gamba and Eric Milnes on organ and harpsichord. Interpolating these vivid scenes are pieces written for two viols by contemporaries of Purcell, including the works of John Jenkins, William Lawes and John Withy. Susie Napper will join Corriveau and Milnes for these instrumental selections. 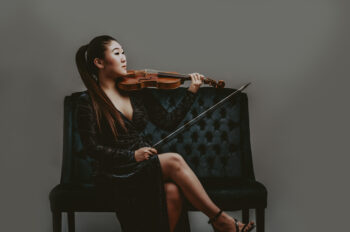 Eight notes of one famous bass line have placed Johann Pachelbel among the world’s most well- recognized composers. Yet there is much more to him than his ever-popular Canon. This program presents two rarely heard suites from Pachelbel’s major surviving chamber music work, Musikalische Ergötzung (Musical Delight). Featured gems for solo violin and continuo include ciaconnas by Italian composers Antonio Bertali and Nicola Matteis. Both were violin virtuosi who left their native country for successful careers in Vienna and London, respectively. Matteis contributed to steering the English taste toward the florid and fiery Italian school of violin playing. From the earthly to the ethereal, explore the remarkable spectrum of what the chaconne has to offer with these four talented local artists. 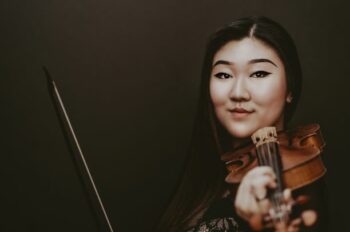 The history of European music has been shaped by the uprooting and travels of artists seeking work, fame, knowledge or financial stability. In this programme, we tell the stories of Italian composers Geminiani, Brescianello, Locatelli, and Corelli who left home to seek a better future. This concert will showcase the virtuosic brilliance of violinist Chloe Kim, named as one of Canada’s top 30 under 30 by CBC last year when she was just 23-years-old.