The riches of the West Coast’s early music scene continue to develop year after year, and the PBO is thrilled to welcome long-time collaborator, mezzo soprano Krisztina Szabo, to join them for a programme of baroque music for Christmas. Krisztina has recently been appointed as a professor at the University of British Columbia which will allow for many more innovative and exciting collaborations in the coming years. Music in this festive concert includes Arcangelo Corelli’s Concerto fatto per la notte di Natale, Alessandro Scarlatti’s Cantata pastorale per la Natività and Georg Frederick Handel’s Concerto Grosso op 6 no 8.

Ariadne/Arianna was performed in London in February 1791 by the soprano castrato Gasparo Pacchierotti, with Haydn accompanying on the harpsichord. At the time a prominent critic wrote: “It abounds with such a variety of dramatic modulations—and is so exquisitely captivating in its larmoyant passages, that it touched and dissolved the audience.” Join one of Canada’s most promising young singers, mezzo-soprano Mireille Lebel for a riveting account of one of Haydn’s most spectacular works for voice.

All of the works on this programme are taken from traditional Chinese repertoires and feature traditional Chinese instruments with a special focus on music from the Tang Dynasty. This programme is designed as an introduction to Chinese classical music for EMV’s audience. Though the Vancouver-based musicians of Silk Road Music Ensemble are not playing on period instruments, in collaboration with EMV, they have begun to explore the notion of historically informed performance practice for future seasons. They are already in the process of making contact with specialists in China who we plan to co-present in Vancouver in coming seasons.

Bach’s Musical Offering was initiated in in 1747 when Frederik the Great invited 62-year-old J.S. Bach to his court with a challenge: to improvise a three-part fugue on a complicated musical theme chosen by Frederik himself. To the amazement of all present, “Old Bach” met the challenge with unprecedented creativity and innovation. Bach sent the King The Musical Offering, a brilliant collection of canons and fugues, and a trio sonata that is without parallel in 18th century chamber music, all dedicated to exploring and exhausting the contrapuntal possibilities of the same musical theme. Composed in 2002, Vancouver composer Jocelyn Morlock’s “Revenant” is based on reversing the same royal theme.

Join the PBO’s Music Director and one of Canada’s finest organists, Alexander Weimann, for an organ recital filmed on the magnificent instrument at Christ Church Cathedral in Victoria, BC. Built by Hellmuth Wolff & Associes Ltee of Montreal in 2005, all of the composers on this programme hail from a Southern German/Austrian tradition of organ composition and were chosen because they are a perfect fit for the design of this particular instrument.  Works by composers including Johann Kaspar Kerll (1627-1693), Hans Leo Hassler (1564-1612) , Georg Muffat (1653-1704, Johann Pachelbel (1653-1706), Johann Jakob Froberger (1616-1667), and ending with Johann Wolfgang Amadeus Mozart’s (1756-1791)  Andante für eine Walze in eine kleine Orgel, KV 616.

Saeed Farajpouri is among the greatest performers of the Iranian Kamanche (Spike Fiddle).  For this performance he is joined by Doctor Amir Koushkani, who is a researcher and master performer of the Iranian Tar (Long-necked lute) along with Hamin Honari on the Tombak (Goblet drum). These musicians come together to present Iranian music in a manner that is faithful to the style of music which would have been presented during the Qajar Dynasty of Iran (1789-1920).

In September 2018, 23-year-old Tomasz Ritter won the 1st Chopin Competition on Period Instruments in Warsaw. With the introduction of this new branch of the famed competition, the Chopin Institute have sent a clear message about the importance of reviving and understanding the 19th century instruments for which Chopin wrote.

Of the thirty pianists from nine countries in the competition, Ritter’s talent unanimously captured the jury’s imagination. A graduate of Moscow’s Pyotr Tchaikovsky Conservatory, Ritter has studied with period pianist luminaries Johannes Sonnleitner, Alexei Lubimov, Malcolm Bilson, Andreas Staier and Tobias Koch. Join EMV and the Vancouver Chopin Society for this riveting online concert by one of the piano world’s most prominent rising stars. 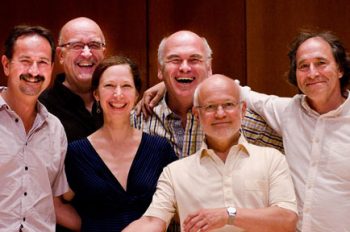