Love Near, Love Far – a timely and timeless state of longing. Early Music Vancouver recently received an historic and beautifully maintained 1874 Broadwood piano that still possesses its original parts as a gift to the society from Patricia and Nicholas Lee. This instrument has been meticulously restored to sound exactly as it would have 150 years ago and is the perfect vehicle for these late 19th century songs by Ralph Vaughan Williams, Charles Gounod, Cécile Chaminade, and Hugo Wolf.

This concert is generously supported by Jocelyn Pritchard

Concert will remain online one year from premiere date.

Songs of Travel
The Vagabond
Let Beauty Awake
The Roadside Fire
Whither must I wander?
Bright is the ring of words

1870 to 1910 saw the introduction and flourishing of the imported Liederabend in England.  Art Song was no longer an amuse bouche between larger works in potpourri programs popular at the time.

Coinciding with popular interest in vocal recitals, the modern grand piano was undergoing rapid technical advancements and becoming increasingly capable of showcasing new trends in chromatically-infused orchestral-style writing. An 1818 Broadwood 6-octave fortepiano famously inspired Beethoven to new heights in his piano sonatas. By the 1840s, Broadwood & Sons was producing 2500 keyboards a year and had sold a ‘Broadwood square’ to Queen Victoria and Prince Albert for Buckingham Palace. As production shifted away from square keyboards in 1866, “cottage uprights” and ornate straight-strung grands were on the rise. The 1875 piano in this performance is an example of the latter style. Within its beautiful walnut casing, all original parts are intact and have been sensitively restored and maintained over the past 145 years. While its full provenance remains to be uncovered, the piano may have once reside at Balmoral Castle during the reign of Queen Victoria.

This program draws on the excitement of the rising popularity of salon music in the UK.  Ralph Vaughan Williams’ timeless Songs of Travel, inspired by the great song cycles of Franz Schubert, saw their premiere at Bechstein Hall (now Wigmore Hall) in London in 1904.  It is interesting to note that both the Songs of Travel and Schubert’s Winterreise were written around their 30th year, though Schubert was at the end of his song writing (and living) years, and Vaughan Williams was just beginning.

Deserving of revival and among the most successful and prolific songwriters of the Victorian Era is Maude Valérie White. Her music fed the imagination of a young Ralph Vaughan Williams, was beloved by Queen Victoria and, now, inspires the listener with a remarkable range of intimacy and boundless enthusiasm. Her Two Songs from the turn-of-the-century showcase her profound gift of melody.

The story of how Charles Gounod came to write more than 60 songs in English is fascinating.  Originally escaping the Franco-Prussian War with his family in 1870, he stayed three more years in England, alone and composing many songs, under the roof of a girl’s orphanage run by the amateur soprano and notorious litigant Mrs. Georgina Weldon. Whether amorous or not, the relationship between the two was heated, culminating in Mrs. Weldon’s successful lawsuit against Gounod for 10,000 GBP and a rather infantile return of one of his manuscripts defaced with her name in crayon over every single page. Returning to France, Gounod took the scores he could and recycled some songs with new French translations. If thou art sleeping, Maiden is perhaps now better known as Viens! Les gazons sont verts! and Maid of Athens can also be sung as Vierge d’Athènes.

Cécile Chaminade was an entrepreneuring pianist-composer and a unique voice of the late 19th century in France. She persevered in a discriminatory culture to ultimately succeed both artistically and financially, making a particular mark in the salon culture of North America, where many musical societies in her name still thrive today. The centerpiece of her legacy is a well-known flute concertino, but she reveals her great gift for elegant charm and textures in her songs. Fleur jetée (1889) and N’est-ce pas? (1906) are somewhat unusual for their contemplative moods among her many virtuosic settings. Each, pulsating in supple unfolding phrases, evokes a meditative landscape with longing surges.

Hugo Wolf’s Mörike settings are a cornerstone of the Lied repertoire. They anchor his place in music history and display his profound sensitivity to poetry. Wolf exploits the capacity of the piano to paint emotional and spatial context within Mörike’s imaginative landscapes.

Baritone Tyler Duncan and pianist Erika Switzer met over 25 years ago in the halls of the University of British Columbia School of Music and ever since have been strong figures in the world of art song, delivering recitals around the world in places such as Germany, England, France, Holland, Italy, Spain, Sweden, South Africa, and across North America. Tyler and Erika share a deep connection to songs of the Romantic period, while also celebrating the works of living composers: they have premiered dozens of new compositions, including by Jocelyn Morlock, Jeffrey Ryan and Andrew Staniland, who have written new works for the duo. Both being born in BC, Erika and Tyler are ambassadors of Canadian Art Song.

As young artists, Tyler and Erika were encouraged to collaborate by legendary soprano Elly Ameling. The pair honed their craft by studying with renowned Lieder performers including Dietrich Fischer Dieskau, Hans Hotter, Rudolf Jansen, Helmut Deutsch, and Brigitte Fassbaender. Erika and Tyler are both accomplished artists on their own; Erika has performed at New York’s Carnegie Hall, the Kennedy Center, the Bard Music Festival, and the Spoleto Festival (Charleston, SC), among many other venues; while Tyler has appeared regularly at the Metropolitan Opera, London’s Wigmore Hall, as well as at the Spoleto Festival and in Bizet’s Carmen under Seiji Ozawa. Both have won numerous prizes and awards, and are prolific teachers: Tyler is on the faculty of Boston’s Longy School of Music, while Erika is on the music faculty at Bard College and the Bard Conservatory of Music.

Erika and Tyler’s first duo album: English Songs à la française will soon be released by Bridge Records, and another album of Canadian Songs evoking the West Coast is on the horizon. The two live with their son in New York’s beautiful Hudson Valley, and are now fortunate dual citizens of Canada and the United States. They are currently halfway through season 3 of Schitt’s Creek, so no spoilers, please! 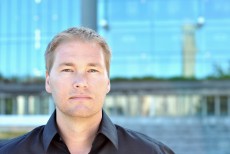 Canadian baritone Tyler Duncan recently performed at the Metropolitan Opera as Prince Yamadori in Puccini’s Madam Butterfly. At the Spoleto Festival he debuted as Mr. Friendly in the 18th-century ballad opera Flora, returning the next season as the Speaker in Mozart’s The Magic Flute. Other appearances have included the role of the Journalist in Berg’s Lulu and Fiorello in Rossini’s Barber of Seville, both at the Metropolitan Opera, Raymondo in Handel’s Almira with the Boston Early Music Festival, Dandini in Rossini’s La cenerentola with Pacific Opera Victoria; and Demetrius in Britten’s A Midsummer Night’s Dream at the Princeton Festival. Issued on the CPO label is his Boston Early Music Festival recording of the title role in John Blow’s Venus and Adonis.

Frequently paired with pianist Erika Switzer, Tyler Duncan has given acclaimed recitals in New York, Boston, and Paris, and throughout Canada, Germany, Sweden, France, and South Africa. Mr. Duncan has received prizes from the Naumburg, London’s Wigmore Hall, and Munich’s ARD competitions, and won the 2010 Joy in Singing competition, 2008 New York Oratorio Society Competition, 2007 Prix International Pro Musicis Award, and Bernard Diamant Prize from the Canada Council for the Arts. He holds music degrees from the University of British Columbia, Germany’s Hochschule für Musik (Augsburg), and Hochschule für Musik und Theater (Munich). He is a founding member on the faculty of the Vancouver International Song Institute.

Mr. Duncan’s recordings include Bach’s St. John Passion with Portland Baroque and a DVD of Handel’s Messiah with Kent Nagano and the Montreal Symphony from CBC Television. On the ATMA label are works by Purcell and Carissimi’s Jepthe with Les Voix Baroques.

Canadian collaborative pianist Erika Switzer made her American debut at the Kennedy Center in 2003. Since that time, she has established herself as the frequent partner of several notable vocalists, including baritone Tyler Duncan, tenor Colin Balzer and soprano Martha Guth.

Ms. Switzer has performed recitals at New York’s Frick Collection, Rockefeller University, Alice Tully Hall, Carnegie Hall (Weill Hall), and for the 5 Boroughs Music Festival. In Europe, she has performed as a guest of Pro Musicis at Paris’ Salle Cortot and for the Poulenc Academy at the
L’Hôtel de ville de Tours. Other European performances include appearances at the Göppingen Meisterkonzerte, the New Discoveries series at the Baden-Baden Festspiele, and the Winners & Masters series in Munich. In her native Canada, she has performed at the Chamber Music Festivals of Montreal, Ottawa and Vancouver, and for presenters including Music on Main, Debut Atlantic, Prairie Debut, Roy Thomson Hall Presents: Canadian Voices, and the André Turp Society.

Ms. Switzer has been recorded by the CBC, Dutch Radio (Radio 4), SWR and the Bayerische Rundfunk in Germany, WQXR New York and WGBH Boston. Together with Martha Guth, Erika is co-creator of ͞Sparks & Wiry Cries: The Art Song Magazine,͟ which can be found at www.sparksandwirycries.com. Her recording of Brahms’ Liebeslieder Waltzes, on the Sparks & Wiry Cries label, is available for purchase on iTunes.

Ms. Switzer is on the music faculty at Bard College and the Bard Conservatory of Music. She is a founding faculty member of the Vancouver International Song Institute and co-director of its Contemporary Performance Studies program.

“Erika Switzer is one of the best collaborative pianists I have ever heard; her sound is deep, her interpretation intelligent, refined, and captivating.” – Le Monde