To celebrate EMV’s 50th anniversary and to embark on presenting a whole new repertoire of period performance practices, EMV commissioned Paul McNulty to build a copy of an instrument originally designed by the Viennese builder Conrad Graf in 1819. This is the instrument that the early romantic composers would have known and for which they were writing.

During Beethoven’s time (and partly thanks to his influence and his demands on contemporary builders), fortepiano construction underwent a substantial development. One of the most influential builders of the time was Conrad Graf. He created an instrument for Beethoven in the last years of his life, offering a 6½-octave range rather than the 5-octave, designed especially to fulfil the demands for larger instruments by Beethoven and contemporaries.

Paul McNulty is an American living in the Czech Republic and is considered the most experienced living builder of copies of 19th century fortepianos. Since 1985, he has made more than 220 historical pianos. His customers have included Kristian Bezuidenhout, Malcolm Bilson, Nicolas Harnoncourt, The Chopin Institute in Warsaw, The Glyndebourne Festival, The Amsterdam Conservatory, The Chinese University of Hong Kong, The Royal College of Music and many more. 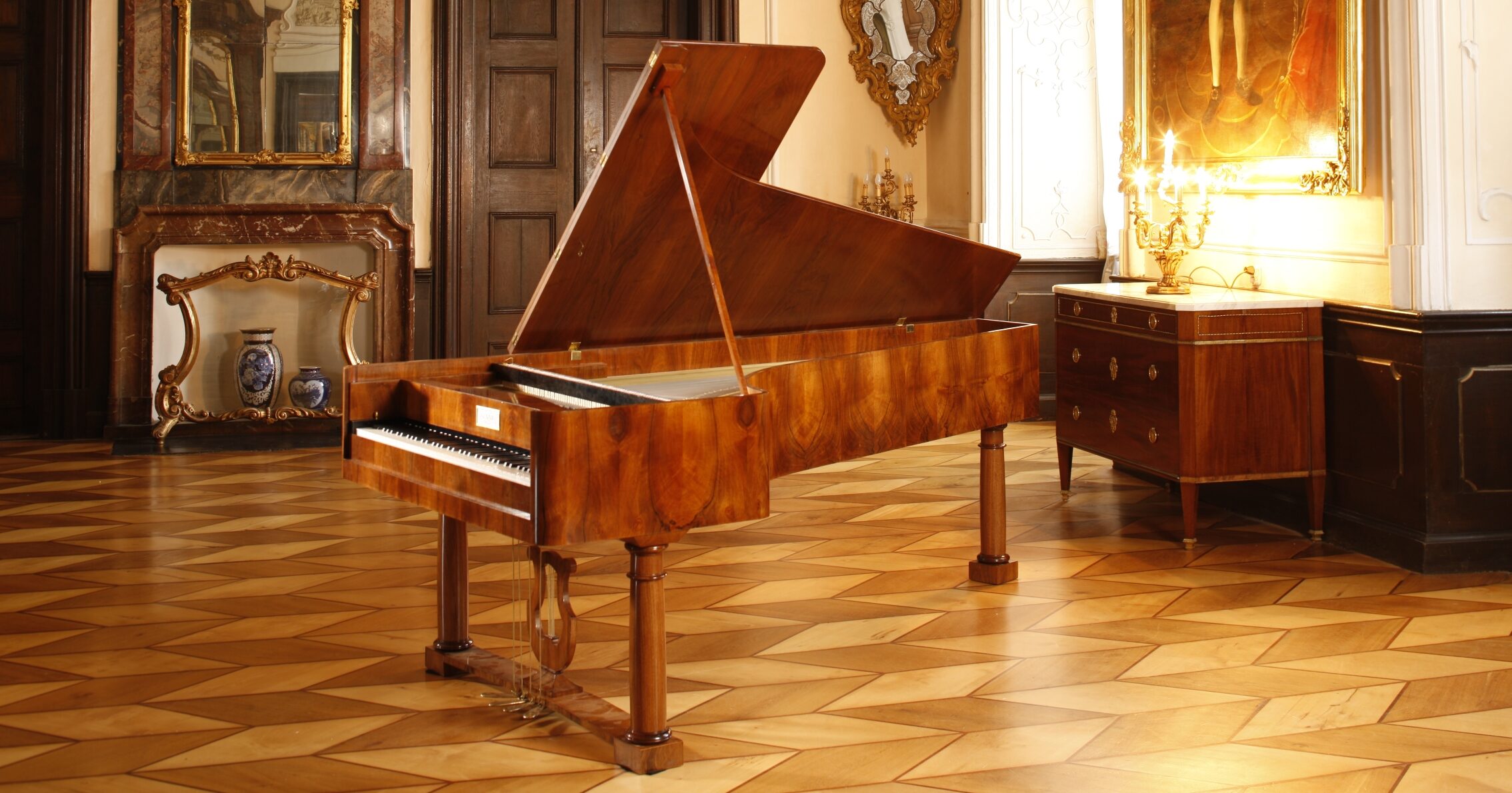 Copy by Paul McNulty of a fortepiano by Graf