Instrument inventor, music and dance instructor, celebrated player of Scots tunes on the violoncello, founder of a secret musical society, music arranger and publisher, and Chamber Composer to the King, James Oswald (1710-1769) was a fascinating character. Although his music is rarely heard on the concert stage today, it remains influential elsewhere. His chamber music on this program comes from his two collections of 48 Airs for the Seasons, multi-movement pieces named after plants and grouped into sets celebrating each of the four seasons. We have the great pleasure of sharing Oswald’s music with you from the grounds of Vancouver’s own 55-acre garden oasis, VanDusen Botanical Gardens. Two of Ballet BC’s dancers, Jordan Lang and Justin Rapaport, choreograph and dance several of the airs, with poetry interspersed throughout.

This concert is generously supported by Canadian Heritage

James Oswald
Airs for the Seasons

The Lily
The Pink
The Almond
The Thistle

Although, the music of Scottish composer James Oswald (1710-1769) is rarely heard on the concert stage today, his work remains influential elsewhere. Some of the lyrics of the world-renowned poet Robbie Burns may never have existed without the tunes of Oswald’s Caledonian Pocket Companion that shaped and inspired them. Several of Oswald’s melodies remain classic fiddle tunes today, and his arranging and publishing enabled the flourishing of Scottish fiddling in the eighteenth-century. But Oswald did not content himself only with arranging and publishing, he taught music and dance, was a celebrated performer of Scots tunes on the violoncello, and together with music historian Charles Burney he founded a secret musical society ostentatiously called the Society of the Temple of Apollo. Further, he was credited (perhaps spuriously) with the creation of the Aeolian harp, a stringed instrument played by the wind described in literature since antiquity. The Aeolian harp became a well-loved household instrument in nineteenth-century Britain thanks to the popularity of those sold by Oswald in his London music shop.

If all those accomplishments were not enough, Oswald absorbed English, French, and Italian musical idioms, composing chamber music that united the diverse musical styles of his day. In 1747, he obtained a royal license to print his own compositions, and in 1761, immediately after King George III ascended the throne, Oswald was appointed Royal Chamber Composer, likely evidence that he had already been serving as music teacher of the royal children. His chamber music on this program comes from his two collections of 48 Airs for the Seasons, multi-movement pieces named after plants and grouped into sets celebrating each of the four seasons. They show his tremendous gift of melody and the facility with which he combined Scottish traditional music: slow airs, jigs, and reels, with cosmopolitan influences like those of Italian violin virtuoso Antonio Vivaldi and of the celebrated French flautist Michel Blavet, whose music is also on the program.

Oswald’s garden-inspired pieces complemented the contemporary interest in botany, in cultivating exotic plant collections, and in landscape gardening. The informal naturalness of the landscape garden replaced the formal, symmetrical, architectural French garden preferred in the seventeenth century. Eighteenth-century English parks featured lakes, rolling lawns and pastures, groves of trees, and idyllic architectural ruins. They would have welcomed native “weeds” like the thistle, provided they were artfully installed in just the right location. The work of eighteenth-century landscape architect William Kent has been compared to that of a theatrical set designer, carefully and laboriously calculating how to convey the impression of a perfectly effortless pastoral scene. We have the great pleasure of sharing Oswald’s music with you from the grounds of Vancouver’s own 55-acre garden oasis, VanDusen gardens, home to over 7,500 plant species from around the world. Drawing in another of Oswald’s sources of inspiration, two of Ballet BC’s dancers, Jordan Lang and Justin Rapaport, choreograph and dance several of the airs.  Those of you who are gardening enthusiasts might like to pair the watching of this concert program with horticulturalist and broadcaster Monty Don’s documentary called “The Secret History of the British Garden.” (And, as an aside for those as curious about plants as I am, Oswald’s “The Pink” refers to the diverse family of which the carnation is a member.) 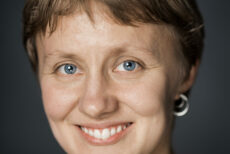 Finnish-born Soile Stratkauskas moved to Victoria, BC, in 2010 and has since established herself as the leading baroque flutist on the Canadian West Coast. She is a member of the Pacific Baroque Orchestra and regularly performs in Early Music Vancouver's concerts. Soile completed her undergraduate studies at the Royal Northern College of Music in Manchester, and gained her Master's degree at the Royal Academy of Music in London, UK, where she studied early flutes with Lisa Beznosiuk. Soile has performed with many prominent period instrument orchestras in the UK, including the Orchestra of the Age of Enlightenment and the Gabrieli Consort and Players, and has toured in Europe with these groups. Soile is the founder and artistic director of the Victoria Baroque, which, in addition to maintaining its own series, has given guest performances for Early Music Vancouver, Early Music Society of the Islands, ArtSpring, and the Cowichan Symphony Society. Soile teaches baroque flute at the University of British Columbia as part of Early Music Vancouver's Baroque Orchestra Mentorship Programme and is the artistic director of the Summer Baroque Intensive Programme at the Victoria Conservatory of Music supported by EMV and Victoria Baroque.

Originally from Windsor, Ontario, Kathryn is an active & versatile freelance violinist and educator on Vancouver Island. Her passionate and intuitive musicianship has brought her the opportunity to perform with distinguished ensembles around Canada and the USA. Currently, she performs with the Victoria Symphony, Victoria Baroque Players, Pacific Baroque Orchestra, and Sidney Classical Orchestra.

She was born into a musical family, with both parents educators and string performers, and has many fond early childhood memories of tagging along to with her father, professional cellist and conductor, at his Windsor Symphony rehearsals. She studied at the University of Toronto and University of Michigan under the tutelage of Yehonatan Berick as a merit scholar. Over the years, she has brought her talent various music festivals, including the Vancouver Bach Festival, Berwick Academy at the Oregon Bach Festival, Brott Music Festival, Tafelmusik Baroque Summer Institute, Domaine Forget, National Youth Orchestra of Canada, and Interlochen Centre for the Arts.

As a busy entrepreneur, Kathryn is the owner, creative director, and avid arranger of Cascadia Quartet & ensembles, a highly sought-after, award-winning professional event music company, as well as a concert quartet, providing live music from Victoria to Whistler and everywhere in between. Kathryn can also be heard on the album, “La riche canadienne: The Music of Elinor Dunsmuir”, an exciting project which premieres a collection of post-romantic, recently-unearthed chamber works by the fascinating Canadian composer.

Organist and harpsichordist Christina Hutten has presented recitals in Canada, the United States, and Europe. She performs regularly with Pacific Baroque Orchestra and has appeared as concerto soloist with the Okanagan Symphony, the Vancouver Academy of Music Symphony Orchestra, and the Arizona State University Chamber Orchestra. Christina is also an enthusiastic teacher. She coaches and coordinates the early music ensembles at the University of British Columbia and has given masterclasses and workshops at institutions including the Victoria Baroque Summer Program, Brandon University, the University of Manitoba, Wilfrid Laurier University, Canada’s National Music Centre in Calgary, and the Tafelmusik Baroque Summer Institute. Funded by a generous grant from the Canada Council for the Arts, she pursued historical keyboard studies in Europe with Francesco Cera, François Espinasse, and Bernard Winsemius. She participated in the Britten-Pears Programme, led by Andreas Scholl and Tamar Halperin, for which she was awarded the Loewen Prize. Christina obtained a master’s degree in Organ Performance from Arizona State University under the direction of Kimberly Marshall and an Advanced Certificate in Harpsichord Performance from the University of Toronto, where she studied with Charlotte Nediger. She is now a doctoral candidate in musicology at UBC. 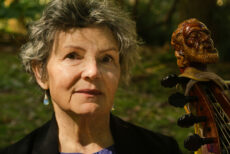 Justin Rapaport is from Miami, Florida, where he began dancing at the age of 8. He went on to formally train at New World School of the Arts and The Juilliard School, where he earned his BFA in dance. Justin has also studied at various summer intensives such as Nederlands Dans Theater, Springboard Dance Montreal and Jacobs’s Pillow Contemporary Program. While with Ballet BC, Justin has performed works by choreographers such as Crystal Pite, William Forsythe, Ohad Naharin, Azsure Barton, Sharon Eyal and Johan Inger, as well as well creations with Emily Molnar, Mehdi Walerski, Adi Salant and Serge Bennathan. Justin also enjoys choregraphing and has done so for his colleagues and companies in Miami, New York and Vancouver. He has recently been selected as a finalist for the Copenhagen International Choregraphy Competition for his duet, “Passing By”. This is Justin’s fifth season with Ballet BC. 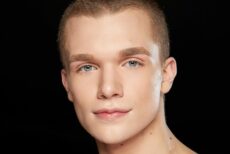 Jordan was born and raised in Long Island, New York where he began his dance training at 12 years old. At age 17 Jordan was awarded the New York City Dance Alliance College Scholarship to pursue a ballet concentration at Marymount Manhattan College in 2015. Through the NYCDA College Scholarship Foundation Jordan has had the opportunity to perform at the Joyce Theater on many occasions. While at Marymount Jordan performed works by Alexandra Damiani, Adam Baruch, Jo Stromgren, Robert Battle, Andrea Miller, Gabrielle Lamb, Jessica Lang and many more. Jordan attended Springboard Danse Montreal in 2018 and 2019 where he performed works by Alejandro Cerrudo, Marco Goecke and Micaela Taylor. The highlight of Jordan’s career to date was performing a solo work for the Dancers Responding to Aids Fire Island Dance Festival where he was given the opportunity to dance in honor of his late uncle Edward Massoni. In his time with Ballet BC Jordan has had the honor of performing dance works by the great leaders of the contemporary dance community including Vancouver native Crystal Pite, Artistic director Medhi Walerski, Sharon Eyal, Johan Inger, and Aszure Barton.