The legendary violinist and long-time music director of Toronto’s Tafelmusik Baroque Orchestra, Jeanne Lamon, leads sixteen members of Victoria Baroque in a selection of grand Overture Suites and ravishing Concerti Grossi celebrating the first-ever public concert series in Paris. Formed in 1725, Le Concert Spirituel brought music – previously exclusive to the courts – to the public realm, and became a platform to the finest of the French and touring artists. This concert revels in the splendours of the French Suite and Italian Concerto, contrasting and blending two distinct national styles and celebrates our 50th season opener with the spearheading public concert series that became the most acclaimed and imitated series in 18th century Europe. Music by Telemann, Haydn, Rebel, and more.

Tonight’s concert is a celebration of the birth of the public concert and the evolution of orchestral music in 18th century Europe.

Under the reign of Louis XV, public performances of music in Paris were strictly regulated, with the Royal Opera enjoying a monopoly over public musical activities. The opera, however, was not permitted to give performances during Holy Week, Easter Season and on holy days, leaving the musicians out of work during those times. In 1725 Anne Danican Philidor, a composer and the king’s court oboist, obtained permission to present public concerts while the opera was closed, on the condition they did not include works with French texts or music from the opera. This was the beginning of the Concert Spirituel, one of Europe’s first public concert series, held at the large, magnificently decorated Salle de cents Suisses at the Tuileries Palace.

The concerts featured sacred and instrumental works, performed by musicians of the finest calibre. It was the place to hear the best local virtuosi, as well as exotic visiting artists, and to enjoy the latest compositions, along with old favourites – works such as Pergolesi’s Stabat Mater, Vivaldi’s Printemps, and Corelli’s Concerto “La Nuit de Noel” maintained their appeal at the series over decades. This was the first time that lavish performances of instrumental music and sacred motets—previously exclusively performed at the privacy of the courts–were available to the Parisian public for the cost of admission. The Concert Spirituel became very popular, and concert series modelled after it began to appear in many European cities. Thanks to the 20th century music historian Constant Pierre’s detailed work compiling a list of the music on every concert program of the Concert Spirituel’s 65-year history, we have a good idea of the music performed, however, instrumental works were often listed simply as ‘Symphony’ with no further details beyond the name of the composer (and sometimes even that missing), leaving ambiguity around which exact works were performed at each concert.

Tonight’s concert begins with music by Louis XIV’s most favoured composer, Michel Richard de Lalande. Lalande was in charge of providing music for royal chapel services, for entertainment, and at daily dinners, which were essentially sophisticated and elaborate ceremonies. Symphonies pour les Soupers du Roy is a vast collection of Lalande’s instrumental suites and incidental music written for these occasions, and the Grande Pièce heard tonight—“Fantaisie ou Caprice que le Roy demandoit souvent” (Fantasy or Caprice the King often asked for) –was obviously one of the King’s special favourites. Lalande died just a year after the birth of the Concert Spirituel, yet his music, most notably his grand motets, remained a staple at the concerts, still performed 40 years after his death.

As well as celebrating French music, the Concert Spirituel was a platform for other national styles, most notably Italian. Amongst Italian works performed at the series were the Concerti Grossi by Fransesco Geminiani. Geminiani was one of the many travelling cosmopolitans of the Baroque Era: originally from Lucca, he studied with Alessandro Scarlatti and Corelli in Naples, was the concertmaster of the Naples opera orchestra, before continuing his career in London in 1714. A respected violinist, teacher, and composer, he made several extended visits to Paris, and in 1733, relocated to Dublin. Geminiani’s Concerti Grossi follow the tradition of Concerto Grosso established by Corelli. His Concerti opus 2 and 3 of 1732 were amongst his most popular works.

The music of German Georg Philipp Telemann was much admired by the Parisians. Many of his instrumental works were published by the French publisher Le Clerc, and Parisian concert goers got to enjoy Telemann’s music at the Concert Spirituel. Telemann himself visited Paris in 1738 at the invitation of four notable Parisian musicians; his famed Paris Quartets were composed for that visit. Being a prolific master of all musical styles and forms of his time, Telemann wrote over a hundred orchestral suites in the style of a French Overture Suite. The Suite in D TWV55:D21 performed today is one of the last of his works, composed in 1765, just two years before his death at age 86.

As well as grand-scale motets and orchestral symphonies, the Concert Spirituel audiences enjoyed solo and chamber works executed by local and visiting virtuosi. Violinist Jean-Marie Leclair was one of the celebrated features at the series, as was the acclaimed flutist Michel Blavet, and the two sometimes performed together. Leclair started his career as a professional dancer, but became most famed for his violin playing and compositions, and is considered the founder of the French violin school. He was employed by Louis XV for a number of years, however, the employment came to a sour end due to relentless rivalry with a fellow violinist, Jean-Pierre Guignon. Leclair’s Prèmiere Récréation de Musique Op.6–of which we play the chaconne tonight–is an extensive French overture suite for chamber ensemble, published in 1736.

Another notable violinist-composer in Louis XV’s service was Jean-Joseph de Mondonville, who directed the Concert Spirituel orchestra 1755-62. The six sonatas Opus 3 published in 1734 for harpsichord and obligato violin were transcribed by the composer for orchestra in 1754. Like many of his compositions, these effervescent symphonies were a regular feature at the Spirituel concerts.

Tonight’s programme concludes with a Symphony by Joseph Haydn. Haydn was hugely popular amongst Parisians, and his symphonies often opened Concert Spirituel concerts in the 1770s and 80s. The Symphony no.30 was composed during his early years at Esterhazy in 1765 for an orchestra very similar in size to our orchestra tonight. The nickname Alleluia derives from Haydn’s use of Gregorian chant in the theme of the opening movement.

Influenced by the Concert Spirituel, by the 1770s public concerts and music societies had become common practise in European cultural centres, and there was a great appetite for the publication of new works. Concerts were now widely presented and enjoyed as part of public life, a state of affairs we can still enjoy today! 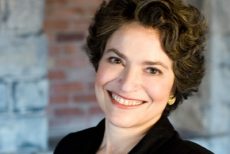