The fantastic style is… the most free and unrestrained method of composing… bound to nothing, neither to words nor melodic subject. It was to display genius and to teach the hidden design of harmony…” (Athanasius Kircher, 1650)

Dietrich Buxtehude was one of the most important North German composers of keyboard music before J.S. Bach. A good number of Buxtehude’s compositions have been lost; what survives are splendid, highly-influential organ works (mostly in the stylus fantasticus style), as well as harpsichord suites and pieces, cantatas, and chamber music. It’s unfortunate that only the librettos of his oratorios survive, as they also seem to have had a major influence on the works of both Bach and Telemann. Buxtehude’s trio sonatas are of the Northern German instrumentation of violin, viola da gamba, and continuo. They are all written in the Stylus Fantasticus style, within free improvisatory passages, juxtaposed with fugal or ostinato sections.

The Sonatina â Viola de Gamba was recently discovered in an anonymous manuscript collection (CZ-KRa) in the Hudební Archive in Kroměříž in the Czech Republic. Seat of the Bishopric of Moravia, the area enjoyed a lavish musical culture sponsored by Prince-Bishop Carl Liechtenstein-Castelcorn (1624-1695), whose court chapel employed some of the most famous musicians of the time. Although it is anonymous, the sonatina’s likely composer was one of the most famous of these musicians – Heinrich Ignaz Franz von Biber. Known for his virtuosity on both the violin and the viola da gamba, the ornate and intricate compositional ͚Phantasticus style of Biber’s known works matches almost exactly that of the sonatina. In addition, the manuscript contains versions for both violin (tuned in scordatura to a-e-a-d) and gamba.

The sonatina exhibits Biber’s trademark improvisatory, sectional style, brimming with dramatic, rhetorical gesture. It commences with a florid exordium in the manner typical of Biber’s violin sonatas – an unmeasured sequence of demisemiquavers over a D drone in the bass culminating in a re-statement of the key, D minor. There follow eight virtuosic sections of contrasting affect and technique showing off the full gamut of the gamba, interspersed with short, slow sections reminiscent of the ͚affetò movements of early Italian instrumental canzonas.

Louis Couperin, was an important keyboard composer in 17th-century France. Born in Chaumes-en-Brie, he moved to Paris where he quickly attracted the attention of composer Jacques Champion de Chambonnières [c.1601-1672]. Couperin worked as organist of the Church of St-Gervais in Paris, as well as a musician at court. He quickly became one of the most prominent Parisian musicians, but his career was cut short by his early death at the age of thirty-five. Louis Couperin was uncle to harpsichordist and composer François Couperin [1668-1733]. None of  Louis Couperin’s music was published during his lifetime, but manuscript copies of some 200 pieces survive, some of them only rediscovered in the mid-20th century. Le Tombeau de Monsieur Blancrocher was composed as an in memoriam to Couperin’s friend, colleague, and lutenist Charles Fleury, Sieur de Blancrocher (c.1605-1652) who died after falling down a flight of stairs (Couperin not so subtly alludes to this in his composition) and apparently dying in the arms of the composer Johann Jakob Froberger (1616-1667).

Marin Marais was perhaps the greatest of the French viola da gamba virtuosi, and certainly the most prolific. His five published livres de viole encompass a wide range of style and genre, from simple dances and light-hearted programmatic fancies, to heartfelt tombeaux (or elegies) and impassioned, declamatory preludes. The two pieces (both in the popular rondeau form) presented in today’s programme are perhaps some of Marais’ most famous, and demonstrate his genius for lyricism. Marais was revolutionary in his use of French poetics and declamation as a basis for composing for the viol, combining as he did the lute-like stile brisée with the vocal inflections of the singers of the Opéra.

Les Voix Humaines (Livre II, no. 63, 1701) presents a musical depiction of two (or perhaps more) voices in impassioned conversation, its musical phrases structured like the lines of French poetry and its ornaments imitating the careful placement of long and short syllables in French declamation.

Telemann‘s Trio Sonata in B minor is perhaps one of his most beautiful and finest creations. Telemann was seemingly very fond of the viola da gamba and wrote some splendid music for it throughout his long career. This sonata follows the usual slow-fast-slow-fast movement structure. The achingly beautiful first movement is Telemann at his very best, the interweaving of suspensions between the violin and gamba create some hauntingly beautiful harmonic dissonance. The lively second movement shows off the virtuoso technical aspects of both solo instruments. The gentle cantabile third movement wistfully returns us to the world of the first movement, while the final movement shows off a playful virtuosity between the violin and gamba.

Marais’ La Sonnerie du Ste-Genevieve du Mont de Paris was composed in 1723 and is perhaps Marais’ most famous work for the viol. The whole piece is based on a repeated bass line of D-F-E and shows off virtuosic techniques in both the viol and violin as they depict the peal of bells of the church of St. Genevieve in Paris.

In the Sonata Representativa, Biber employs a long-standing tradition (which continues to this day) of using sounds from nature as evocative musical elements. Whereas much of his exploration of the violin revolved around the use of alternate tunings to expand the instruments’ resonating potential, this time Biber draws from the world around him to conjure animal vignettes that form the structure of the piece. Listen for a Nightingale, Cuckoo, Quail and other poultry, a cat and a Musketeer’s March before the piece ends with a graceful Allemand.

Marais’ La Reveuse (Livre IV, no. 82, 1717) is similarly evocative, with its almost static, dream-like, opening chords suggesting the hesitant sighs of a sleeping girl. This is a troubled, restless sleep, however, as suggested by the minor key and the increasingly turbulent variations or couplets. The viol part becomes more and more agitated, its line broken up by wide intervallic leaps and ever more adventurous harmony before, finally, the calm rondeau theme is heard for the final time.

Jean-Philippe Rameau‘s”Pièces de clavecin en concerts” were first published in 1741, and constitute the only chamber music by Rameau (apart from the solo harpsichord works). Each of the five Concerts are divided into three to five movements, each movement displaying the French custom of having a different character title. The movements of the Vieme Concert fall very much into our Fantasticus theme, the first, “La Pantomime”, post-likely inspired by characters from the French Comédie-Italienne (Commedia dell’Arte). The Comédie-Italienne underwent a great resurgence of popularity in France from approximately 1720 until about 1760 when it merged with the Opéra-Comique. The second movement, L’Indiscrette most likely refers to the chattering of two gossips, also perhaps a reference to characters in the Comédie-Italienne. The final movement could either be named after Rameau’s wife, Marie-Louise Mangot, or perhaps it could be a self-portrait of Rameau himself. 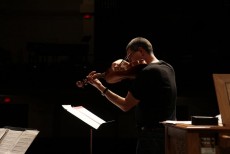 Paul Luchkow is a versatile violinist and violist whose activities cover the range of music from the 17th Century to the present day on modern and period instruments. In addition to the Victoria Baroque Players, he is a regular feature of Vancouver’s Early Music scene. Paul is a long-time member of the Pacific Baroque Orchestra and appears frequently in concerts for Early Music Vancouver, the Early Music Society of the Islands, as well as at Victoria’s Pacific Baroque Festival.

In demand as a leader, guest director, and educator, Paul has worked with Per Sonatori: Regina’s Baroque period-instrument ensemble, VoiceScapes and Spiritus Chamber Choir in Calgary, and he has given performances and masterclasses at universities across western Canada. As an adjudicator, Paul frequently hears and encourages young musicians across British Columbia.

A highlight of recent years has been his work with fortepianist Michael Jarvis and their exploration of Baroque, Classical and Romantic sonata repertoire on period instruments. They have two recordings: One of Hummel Sonatas (nominated for a Western Canada Music Award) for fortepiano and violin / viola on the Marquis Classics label, and a self-released recording of sonatas by Mozart. A third recording, Sonatas by the French composer Michel Corrette, will be released on Marquis in Spring 2017.

Paul makes his home in Victoria with his wife and children. 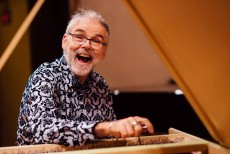 Michael Jarvis is one of Canada’s finest harpsichordists, fortepianists and continuo players and is in demand as a collaborative artist. In addition to performing across Canada, he has performed as soloist and continuo player throughout the USA, England, Italy and Bermuda.

Note: Michael Jarvis tragically passed away on December 25, 2020. His obituary can be found here. 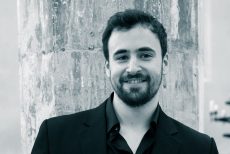 Based in London and York, Sam took up the viola da gamba under the tutelage of Susanna Pell while reading for his Master’s in music at the University of York. He has been a member of Fretwork since 2015, appearing with the group regularly live and on the radio both in the UK and internationally.

He also appears as a continuo player and soloist on viol and cello with a number of early music ensembles. These include the viol consort Chelys, with whom he has recently recorded a CD of music by Dowland with Dame Emma Kirkby, as well as early music ensembles such as the Stanesby Players, The London Abel Quartet, Follia, L’Academie du Roi Soleil, and viol duo Ensemble Touché with Ibrahim Aziz. With several of these groups, he performs both early repertoire and modern compositions and has developed a keen interest in the performance of contemporary music on early instruments. With Fretwork in particular, he has performed music by George Benjamin, Michael Nyman, John Taverner, Nico Muhly and has recently recorded The World Encompassed – a new work by Orlando Gough describing Sir Francis Drake’s circumnavigation of the globe. In October 2016, Sam completed a three-week concert tour of Canada, the US, and Colombia celebrating Fretwork’s 30th anniversary with concerts including the American premiere of Nico Muhly’s Slow.

In addition to his performing work, Sam is Professor of Viol Consorts at the Royal College of Music in London and has been an associate lecturer at the University of York and a guest lecturer at the Royal Academy of Music. He holds a PhD in the influences of poetry and declamation on the composition and performance of the pièces de viole in late seventeenth- and early eighteenth-century France.