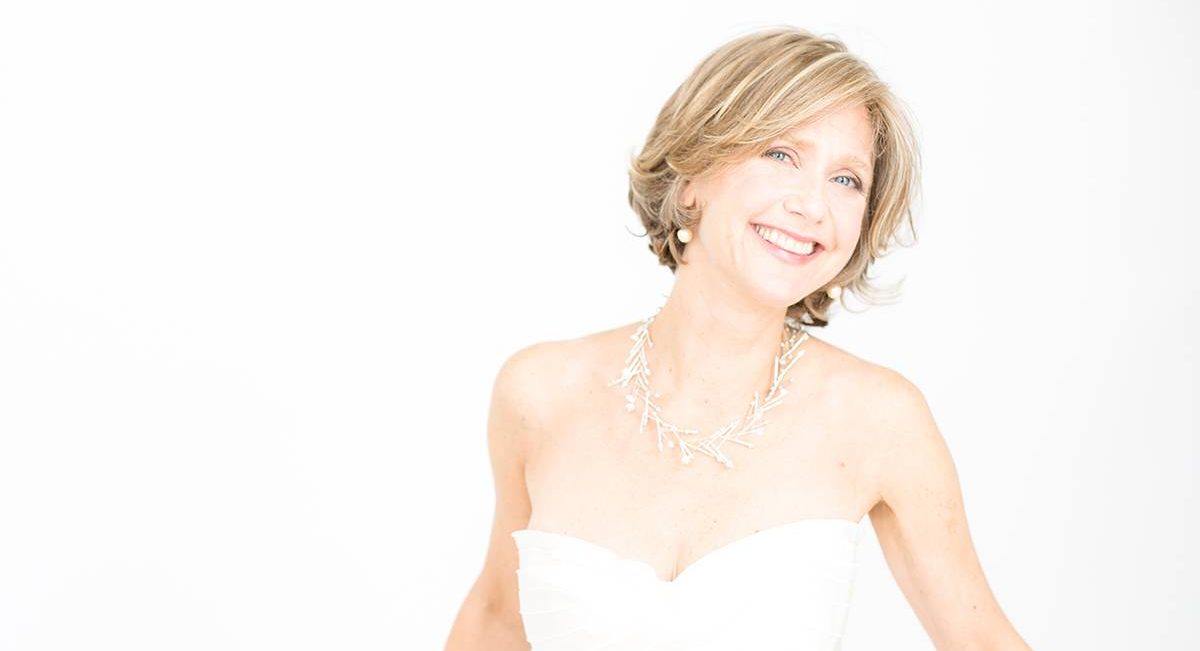 Being published in one’s lifetime was a great accomplishment for composers of the 17th century – especially if you happened to be a woman! Barbara Strozzi published eight collections of exquisite arias and madrigals on the familiar subject of love gone wrong that are of a similar, superlative standard to those of her contemporary Claudio Monteverdi. Strozzi’s remarkable output as an artist is thanks in part to the patronage she enjoyed from the Grand Duchess of Tuscany, Vittoria della Rovere who was an important proto-feminist of the early 17th century who believed in the important of supporting virtuoso women artists, musicians and writers. This concert celebrates Strozzi’s 400th anniversary with a programme of sensual and playful arias and duets performed by two of the greatest interpreters of 17th century vocal music living today.

This concert is generously supported by Jo & Bob Tharalson

Barbara Strozzi had the good fortune to be raised in a world of creativity, intellectual ferment, and artistic freedom. Born in 1619 in Venice, Barbara was baptized on August 6 at the Santa Sofia parish. At that time, Venice was at its cultural peak, a city of wealth, peace, academic curiosity, and musical innovation. In addition to the luck of time and place, Barbara grew up in a household frequented by the greatest literary and musical minds of the age.

The adopted daughter of poet Giulio Strozzi was most likely his natural daughter, recognized or ‘legitimized’ in his will of 1628 as his figliuola elettiva. Her mother Isabella lived in the same household as Giulio and was his principle heir until Barbara should come of age. Though born in Venice, Giulio, himself the illegitimate and later recognized son of Ruberto Strozzi, was nonetheless a member of one of the most powerful families of Florence, second only to the Medici in wealth and influence.

That the Strozzi name was recognized far and wide may have assisted Giulio in his ability to mix with many levels of Italian society. He was the founder of several accademie or groups of creative intellectuals, and was an influential member of the Accademia degli Incogniti formed by the libertine writer Giovanni Francesco Loredano in Venice. This group was almost single-handedly responsible for the genesis and spread of what was to become known as Opera – music and theatre highly intertwined into a new art form which flourished in Venice throughout the 17th century and then expanded throughout the continent. The Incogniti counted among its participants famous authors, poets, philosophers, and musicians, possibly including the great Monteverdi. It was into this milieu that young Barbara was introduced as a singer and composer. Giulio created another group, the Unisoni, where Barbara reigned as hostess and arbiter of debates such as “what moves the passions more: tears or song?” Barbara convinces us that it is indeed, song, for “…I know well that I would not have received the honour of your presence had you invited been invited to see me cry rather than hear me sing.” Poets and musicians dedicated works to her, praising her as “a most virtuosic singer”.

Frustratingly little is known about Barbara’s childhood and musical training. We know that she studied with Francesco Cavalli, director of music at St. Mark’s Basilica and a prolific composer of early opera. There are no other known documents pointing to her studies, and little reference to possible early and unpublished songs from the period before 1644.

Barbara made a mark as composer and singer, eventually publishing between 1644 and 1664 eight collections of songs – more music in print during her lifetime than even the most famous composers of her day – without the support of the Church or the patronage of a noble house. She is sometimes credited with the genesis of an entire musical genre, the cantata. In the 17th, 18th, and even 19th centuries her works were included in important print and manuscript collections of song which found their way to the rest of Europe and England. Yet she died in obscurity in Padua in 1677 with little wealth or property.

We can only wish that there were journals, diaries, or more letters regarding her work. Given the few bits of information we now have about Barbara’s private life, we have a picture of an extraordinary woman of talent, beauty, intellect, and business savvy, who published 125 pieces of vocal music in her lifetime.

Her first opus, Il Primo Libro de Madrigali, includes 25 inventive works for 2-5 voices, all written on Giulio’s poetry. The first of these, Mercé di voi, is not only the introduction to the volume but is also an invocation to the stars that she be crowned with laurels and called a new Sappho. The poetic language Giulio’s poetry seems to have inspired Barbara to equal and perhaps surpass the intricacy of Monteverdi’s late madrigals. Her settings can be playful, as in The Quarrel Among the Five Senses (1.14), The Quail (1.17), and An Old Lover Abandons the Field (1.20). They can be full of passionate longing, as in Prayer to Love (1.15), Dialog at Departure (1.08), and the delicious Dal pianto de gli amanti scherniti s’imparo a far la carta – Paper Making Learned From the Tears of Disdained Lovers (1.21) where we learn that frustrated lovers, crying into their handkerchiefs and gnashing their teeth, were the first creators of paper pulp.

The rest of Barbara’s works are primarily for solo soprano. While Opus 2 is mostly made up of short, often strophic pieces, Opus 3 shows more sophistication in the cantata form of longer pieces. Opus 4 is missing and perhaps never published. Opus 5, Sacri Musicali Affetti, is her only volume of sacred motets. It opens with Mater Anna, an encomium to Sant’ Anna, the mother of Mary, patron saint the dedicatee Anna de’ Medici of Austria who had been waiting for a child. Perhaps the motet itself was not only a dedication (the name ANNA is capitalized in each recurrence of the text) but a plea for the successful continuation of the lineage of the Medici and the Hapsburgs.

Opus 6 is a mixture of short and long pieces. From Opus 7, published in 1659, we have the exquisite Lagrime mie, a chromatic and haunting depiction of tears of grief and suffering. Constructed over a repeated four-note descending passacaglia – often called the lamento pattern – Strozzi captures the inexorable sorrow of lost love.

Strozzi’s final work, published in 1664, is her most complex and sophisticated collection of cantatas. L’Astratto is almost a sampler of possible emotions and musical styles: the singer is distracted and just can’t find any music to fit her mood. She tries one style, stops, talks to herself, picks something else, throws it aside, but finally settles on the perfect choice – a bit melancholy yet hopeful, deeply loving and serene. 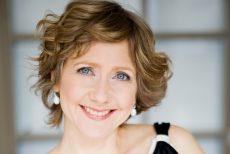 Ms. LeBlanc began her career as a performer of early repertoire and lived in Europe between 1987 and 1999 where she performed with leading ensembles in main stages and festivals

She returned to Canada in the year 2000 and recorded Mozart songs with Yannick Nézet-Seguin, as well as early works by Messiaen and Acadian songs for the ATMA label. In 2011, she commissioned Canadian compositions set to the poetry of Pulitzer-Prize recipient Elizabeth Bishop for the album “I am in need of music” which won an ECMA for Best Classical Recording.

Inspired by the migrations of her Acadian ancestors, she co-created mouvance, a multimedia performance with composer Jerôme Blais which sets the words of 13 contemporary Acadian poets to Blais’s original music.

An enthusiastic educator, Suzie LeBlanc was an early vocal music coach and Artistic Director of Cappella Antica at McGill University from 2017 to 2020. She is now the Artistic and Executive Director of Early Music Vancouver.

Dorothee Mields is one of the leading interpreters of 17th- and 18th-century music and is beloved by audiences and critics alike for her unique timbre and moving interpretations.

She is a devoted chamber musician and offers a range of highly interesting projects such as “Lord Nelson at the river Nile” (music by Haydn and contemporaries dealing with the battles of Lord Nelson), “White as Lillies was her Face” with songs by John Dowland combined with texts by Heinrich Heine, “Mort exquise, mort parfumée” with French impressionistic compositions, “Duft und Wahnsinn” (fragrance and lunacy) together with Hille Perl, viola da gamba, and Lee Santana, lute, as well as “Birds” with flutist Stefan Temmingh.

A steadily growing discography with several award-winning recordings documents her artistic achievements. “Inspired by Song” and “Birds” with Stefan Temmingh, “Handel” with Hille Perl, Monteverdi “La dolce vita” with the Lautten Compagney Berlin and Wolfgang Katschner (all DHM), Bach “Kantaten für Solo-Sopran” with L’Orfeo Barockorchester and Michi Gaigg and Boccherini Stabat mater with the Salagon Quartett (both Carus) have been especially well received.

In 2018/19, Dorothee Mields is artist in residence at the Heinrich-Schütz-Musikfest. Further upcoming highlights include appearances in Japan with the RIAS Kammerchor, at the Wigmore Hall with The English Concert, with Seattle Symphony, and at the Internationale Orgelwoche Nürnberg, as well as tours with Collegium Vocale Gent, Freiburger Barockorchester, Gli Angeli Genève and Holland Baroque.

Lucas Harris leads a busy freelancer’s life as a lutenist, conductor, continuo player, teacher, lecturer, coach, researcher, and audio/video editor. After graduating summa cum laude from Pomona College, Lucas studied early music at the Civica scuola di musica di Milano (as a scholar of the Marco Fodella Foundation) and at the Hochschule für Künste Bremen. Since 2004 he is based in Toronto where he serves as the lutenist for Tafelmusik Baroque Orchestra. Lucas serves as a continuo player with many ensembles in Canada and the USA, and has worked in recent years with the Helicon Foundation, the Smithsonian Chamber Players, Atalante, and Les Délices.

Lucas teaches at the Tafelmusik Summer and Winter Baroque Institutes, Oberlin Conservatory’s Baroque Performance Institute, and the Canadian Renaissance Music Summer School, and for several years served as a vocal coach & accompanist for EMV’s Baroque Vocal Programme. In 2014 Lucas completed graduate studies in choral conducting at the University of Toronto. Upon graduating, he was chosen as the Artistic Director of the Toronto Chamber Choir for which he has created and conducted over twenty themed concert programs. He has also directed projects for the Pacific Baroque Orchestra, Les voix baroques, and the Toronto Consort.