Join Isaiah Bell, one of Canada’s most promising young tenors, on a musical exploration of the self. This program transcends eras with music that includes traditional folk songs, works by Handel, Britten, and Schubert, all interlaced with Isaiah’s own philosophical poetry. This thoughtfully crafted concert examines our relationship with nature, our own personhood, and the existential questions in between. Alexander Weimann accompanies on EMV’s 1874 Broadwood piano and double-manual harpsichord.

“The star of the evening was surely tenor Bell. Moments of stillness, smooth-as-silk coloratura, careful attention to every note, even a fun treading of the line between Baroque-style straight-tone and full-throated operatic vibrato – Bell had the chance to offer it all, and he did so with poise.” – The Globe and Mail

This concert is generously sponsored by Mark De Silva

Concert will remain available for one year from premiere date

Henry Purcell
The Fairy Queen
“When a cruel long winter”

To view/download texts & translations for this concert, click here.

There are two of me. There’s the self who identifies with my name and personal history, who is deeply invested in the story of my flaws, longings, ambitions, success, setbacks. Then there’s the self who is more expansive, more generous, more permeable; the deeper self, without such a crisp outline, who belongs to something larger.

When I am identified with just the former, I usually feel myself stuck and struggling… alone on a journey, doing battle, reaching, clinging, defending. When I’m remembering the latter, I connect to a deep well of possibility; I cannot be lost if I am part of the greater world.

The combined music and words of this concert attempt to point to that; it is a personal collection of notes and ideas, but it also represents a hope to transcend the personal. I often return to this quote from Virginia Woolf’s diary when attempting to draw life’s disparate experiences and influences together into something more:

What sort of diary should I like mine to be? Something so elastic that it could embrace anything, solemn, slight, or beautiful, that comes into my mind. I should like it to resemble some deep old desk, in which one flings a mass of odds and ends, without looking them through. I should like to come back, after a year or two, and find that the collection had sorted itself and refined itself and coalesced, as such deposits so mysteriously do, into a mould, transparent enough to reflect the light of our life.

This recital is rather pointedly unmusicological, in the sense that the music is woven together by feeling alone. I always like to think that juxtaposing repertoire from different eras and styles makes it easier for us to hear each piece with fresh ears. I also love to follow how a certain feeling or idea appears again and again in different clothes. That said, the idea of “early music” is a thread that runs through all of these songs. There is music from Baroque masters (Purcell, Handel, Cavalli), and Classical and early Romantic music that feels connected to that tradition (Haydn, Schubert, Bellini). There is also early music in the form of folk songs, traditional tunes that survive by sticking in the ear, mutating as they pass from hand to hand. Here there are folk songs converted to art songs by modern-era composers (Britten, Healy Willan), as well as a couple of my favourite French Canadian songs sung a capella with my own personal mutations. There is also O Western Wind, the iconic anonymous medieval poem fragment that is, to me, the ultimate (and most pithy) image of a person’s desires positioned against the enormity of nature. I wrote the basic tune for it years ago, but it has kicked around in my head so long that it felt like an inherited folk song by the time I expanded it into this form for a 2020 pandemic project. Finally, there are two modern English art songs, by Constant Lambert and Alec Roth, on texts by the two pillars of ancient Chinese poetry, Li Po and Tu Fu. These heartbreaking miniature masterpieces have been inspiring artists for more than a millenium, and to me they feel as fresh as they feel ancient.

The spoken text that joins these songs may seem somewhat abstract, but I hope it can be heard as impressionistic rather than obtuse. I’ve used the haiku form (occasionally in a loose interpretation) to render the songs’ translations, and the concert’s through-line, with maximum concision. 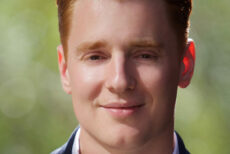 Canadian-American tenor Isaiah Bell’s work as a performer is characterized by his “beautiful tenor, command of style, and natural stage presence” and a “strong, glorious voice with its heroic, oratorio-style ring”. He is also a composer, a writer, and a poet. Recently he combined these disciplines in his critically acclaimed solo show, The Book of My Shames, and in the performance of his original translation/adaptation of Poulenc’s solo opera La voix humaine.

Previously, Isaiah created the role of Antinous, lover of the Roman emperor Hadrian (Thomas Hampson), in the world premiere of Rufus Wainwright’s Hadrian at the Canadian Opera Company. He also returned to Mark Morris’ double-bill production of Curlew River / Dido & Aeneas at the Brooklyn Academy of Music, giving “a performance of exquisite poignancy” (The New York Times) as the Madwoman in Britten’s Curlew River, opposite Stephanie Blythe as Dido.

Last season Isaiah debuted at Vancouver Opera (Almaviva, The Barber of Seville) and returned to the Toronto Symphony (Messiah, under Alexander Shelley). Some of his pandemic postponements included a return to Carnegie Hall for the premiere of A Nation of Others by Paul Moravec (Oratorio Society of New York), and to Opera Atelier for Handel’s The Resurrection. He was also scheduled to direct Dido and Aeneas (in a double bill with James Rolfe’s Aeneas and Dido) at Opera NUOVA.

Further recent engagements include George Benjamin’s Written on Skin with the Toronto Symphony conducted by the composer; Britten’s War Requiem with the National Arts Centre Orchestra under Alexander Shelley; Lysander in A Midsummer Night’s Dream at l’Opéra-Théâtre de Metz in France; and Handel’s Atalanta, Ode for St. Cecilia’s Day, and Messiah with Nicholas McGegan and the Philharmonia Baroque Orchestra.

As a composer, Isaiah has written four operas, music for two theatre pieces, and numerous song cycles and arrangements.