Access to the concert is free, but donations are greatly appreciated.

In the late seventeenth century, pamphlet writers spilt much ink over the differences between the French and Italian styles of music. Proponents of French music praised its simplicity, balance, and grace; those who preferred Italian music enjoyed its harmonic daring, emphasis on contrast, and unbridled virtuosity. Many composers, particularly in Germany, sought to unite the virtues of both. This practice muddied genre boundaries, as instrumental pieces in Italy usually received the generic title sonata (meaning simply “to be played”), or else concerto. Most instrumental music in France, by contrast, consisted of strings of dances titled suites. At times, Germans, under the influence of both cultures, seemed at a loss for particularly what to call their pieces. Georg Muffat, for instance, titled two sets of his pieces “Florilegia”, or bouquets. He comments in the first set of these that “music and flowers both languish in shade and cold, but with light and warmth, they flourish.” He likened the variety of rhythms of the French dances, mixed with Italianate movements, to a bouquet with its many colors and shapes of flowers.

Muffat was hardly the only composer to liken his works to flowers, fruits, or other elements one might find in a vibrant still life painting. Dietrich Becker published his Musikalische Frühlings-Früchte (“Musical fruits of Spring”) in 1668 in Hamburg, where he held the position of Kapellmeister. In a testament to the mixed musical styles and conflated terminology mentioned above, Becker referred to the piece on this programme as Sonata-Suite à 5. The piece begins in the Italianate style, with loosely imitative textures and some rapid passages interspersed. What follows is the typical order of the suite: Allemande-Courante-Sarabande-Gigue. Just like a bouquet, it incorporates flowers/dances transplanted from many different countries (Germany-France-Spain-England, respectively). All of these dances, particularly the Allemande and the Courante, waned in popularity throughout the 17th century, ceasing to be danced but becoming progressively more stylized musical abstractions that retained the rhythmic character of the once-popular dances.

Johann Caspar Ferdinand Fischer’s Suite No. 4 from his “Journal de Printemps” (“Journal of Spring”) does not follow the ordinary order of dances in the traditional suite of Becker and in fact includes many more modern ones. Fischer’s employer was Louis-William, Margrave of Baden, to whom Louis XIV was godfather. The preference for the latest French fashions at that court is therefore of no surprise. It was common practice in France—and therefore in courts under French influence—either to compose suites of popular dances or to assemble bits and pieces from operas into self-contained works simply to be enjoyed for their musical pleasure, not necessarily to be danced, but rather to be enjoyed as chamber music.

Though the work by Muffat on this programme does not hail from one of his collections likened to collections of flowers or fruits, his ability to combine the fruits of the laborers of French and Italian musicians cannot be ignored. His “Armonico Tributo”, or Tribute to Harmony, assimilates all of the grace of the French style and the gravity of the Italian style of the period. The Passacaglia in particular blends both the stately nature of the Chaconne (the Passacaglia’s French sister dance), while at times embracing the wild Italian variations on the nature of the Passacaglia itself. In fact, this dance bears a repeating chord structure that provides constant scaffolding for endlessly exuberant elaboration of the thematic material.

Mieka completed a Bachelor of Music degree in 1998 and in 2001 obtained a Master of Music at Rice University in Houston, Texas. She has studied and performed at the Music Academy of the West, the Banff Center for the Arts, Orford Center for the Arts and the National Youth Orchestra of Canada. Currently, Mieka is enjoying her professional career as a member of the Victoria Symphony.

Originally from Victoria, B.C., Mieka enjoys an active career as an orchestral and chamber musician performing on both modern and baroque viola and violin.

In 2006, along with three colleagues from the Victoria Symphony, she co-founded the Emily Carr String Quartet. The quartet’s debut CD “Hidden Treasure” was nominated for “Classical Recording of the year” by the Western Canadian Music Awards. Mieka is also a member of the Aventa Ensemble and has performed a wide variety of contemporary music and premieres with this group.

In 2004, Mieka participated in Tafelmusik’s Baroque Summer Institute where her love of period performance practices began. Since 2010 Mieka has regularly performed with the Pacific Baroque Orchestra in Vancouver BC. In 2014, she toured as principal viola to Montreal, Ottawa and Vancouver with PBO in a joint project with Early Music Vancouver to perform Handel’s oratorio “Il Trionfo del Tempo” under the direction of Alex Weimann. Mieka is a founding member of the Victoria Baroque Players. 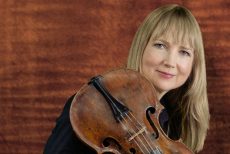 Diederik van Dijk is a Dutch-Canadian cellist with a broad range of musical activities and interests. He divides his time mostly between chamber music and orchestral playing, in a practice spanning four centuries of music history and crossing over into various genres. He is frequently engaged as principal cellist with the Nieuwe Philharmonie Utrecht and a core member of Combattimento, the Van Swieten Society and ensemble Dark by Five. In recent years he has also performed with the Orchestra of the 18th Century, Metropole Orkest, Insomnio, Amsterdam Baroque Orchestra, Holland Opera, and the Pacific Baroque Orchestra. The last 13 summers he spent in Newfoundland as part of the ensemble in residence at the Gros Morne Summer Music festival.

Diederik studied cello with Ian Hampton, Eric Wilson, and Marc Destrubé, and baroque cello with Viola de Hoog, acquiring in the process a Bachelor of Arts and a Bachelor of Historical Instruments. 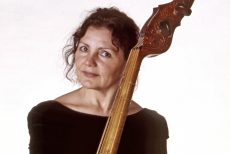