Vancouver’s Marc Destrubé is the first violinist for the Orchestra of the 18th Century and is a leading figure in the period instrument movement. For this recital of Mozart Sonatas for fortepiano and violin he will be joined by Eric Zivian, one of North America’s most accomplished and respected specialists in late 18th and 19th century keyboard instruments.  The programm will include Variations on “La bergere Celimene” K 359, Sonata in F major K 377, Sonata in A major K 526.

How frequently do employees despise their employers, a sentiment as common in the eighteenth century as now! In 1781, Wolfgang Amadeus Mozart accompanied the Prince Archbishop Colloredo of Salzburg to Vienna, on a trip to pay respects to the Holy Roman Emperor, Joseph II. Mozart lamented to his father Leopold that he had had to eat with the servants and perform duties only suited to a valet. Feeling mistreated to the extreme, Mozart requested his resignation from the Archbishop, but not before penning several paragraphs of ire to Leopold berating his boss. The young composer had every confidence that Vienna’s rich musical culture would allow him to survive as a freelancer, though his far more pragmatic father had strong misgivings, which were somewhat warranted, at least at first. During this turbulent year, Mozart struggled to find consistent lodgings and work, though he managed to acquire a handful of wealthy pupils.

Both the Variations, K359 and the Sonata in F, K377, were composed during the Summer of 1781. The violin-accompanied keyboard sonata was a natural genre to which to turn at this point in Mozart’s career. He himself attested to its popularity, having in 1777 pledged to send Leopold and his sister—who was an accomplished keyboard player—a set of such pieces “for their amusement.” (Leopold grumbled several letters after this promise that Mozart had failed to send the pieces along.) While violin sonatas of the earlier eighteenth century were published for very capable string players accompanied by partially improvised basso continuo, gradually this model fell into disfavor as the keyboard became the focus, the violin part playing a much smaller role. Indeed, some publications indicated that the violin accompaniment was optional. The two roles even became somewhat gendered, as well-to-do women often devoted much time to the study of music and became highly competent keyboard players; male amateurs typically devoted less time to music and would therefore play the far less demanding violin parts. (Leopold was an outstanding violinist, so his interest in such pieces would have been to assess their suitability for amateurs.) Mozart published a set of six accompanied keyboard sonatas (including K377) in December of 1781, well aware of the potential for financial success they might bring him.

The twelve variations on “la bergère Célimène” point to another excellent use for this particular instrumentation: a didactic one. Mozart commented in a letter to his father that he was working on this set of variations for his first student in Vienna, the Countess of Rumbeke. The anonymous song “la bergère Célimène” was published in a contemporary set of chansons; it must have been well known, and it is always pedagogically favorable to use well-known tunes in the instruction of music. The Countess could play the keyboard part while Mozart accompanied her on the violin. The song has a repetitive AABABA structure, and the variations maintain that form. A cadenza delays the final return of the opening phrase (“A”) in each variation, which the performers may embellish. The piece was published in 1786, and a reviewer at the time commented that it was specifically well suited for instructional use, particularly because of the distribution of difficult runs between the two hands in the later, more exuberant variations, such as in the fifth. True to the genre, the keyboard typically has the meatier part, though Mozart does allow the violinist a chance to shine in the first half of the seventh variation, which moves from the piece’s sunny G major to a stormier g minor key.

Compared to the variations, Mozart gives the violin part a great deal more musical interest and participation in the Sonata K377. In the first movement, the violin harmonizes with the theme in the right hand of the keyboard before taking it over and restating it. Shortly thereafter, the keyboard and violin begin to trade a motive back and forth in imitation. A similarly interdependent relationship appears in the slow theme and variations that comprise the second movement. Mozart presents the theme in a texture resembling a trio sonata, with the violin and right hand wrapping sinuously around each other over a solidly supportive bassline. The final movement is marked “tempo di menuetto”, owing to the fact that it moves with the characteristic rhythms of a minuet but does not follow the dance’s usual form. Typically in this period, minuets were performed in pairs, the first performed twice, bookending a central contrasting minuet often called a “trio.” Mozart nods to that overall form here, but the internal form of the outer minuets is not the usual AABB structure, but a much more complex one. His flexible approach to musical structure nevertheless retains a superb sense of balance, even when it creates more drama than is typical for eighteenth-century forms.

The Sonata K 526 in A major, composed in 1787, treats the violin and keyboard even more equally than K 377. Though the first movement starts with the right hand and violin doubling in octaves, the violin soon takes over, the keyboard relegated to accompaniment in such passages. This sense of equality carries into the second movement, where Mozart takes the three voices—right hand, left hand, and violin—pairing them in either octaves, thirds or unisons throughout the piece, so that in much of the movement, there are really only two independent voices distributed over the three parts. This simplicity and transparency of texture is countered by harmonic adventurousness. Atypically for a slow movement of this period, melodic ideas are developed extensively rather than being stated and then simply restated. The last movement—with its inexhaustible rhythmic drive—is a rondo, meaning that it has a recurring refrain; the violin part is quite unobtrusive in these refrains, but it comes to the fore repeatedly in the contrasting episodes. Mozart scholars often describe this work as the composer’s finest sonata for piano and violin; it certainly pushes the boundaries of its genre further than any other such pieces from Mozart’s quill. 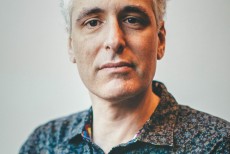 Eric Zivian has performed extensively on fortepiano since 2000 and is a member of the Zivian-Tomkins Duo and the Benvenue Fortepiano Trio, performing at Chamber Music San Francisco, the Da Camera series in Los Angeles, Boston Early Music, the Seattle Early Music Guild and Caramoor. On modern piano, he is a member of the Left Coast Chamber Ensemble and has performed with the Empyrean Ensemble, Earplay, and the San Francisco Contemporary Music Players. He is a founder and Music Director of the Valley of the Moon Music Festival, a new festival in Sonoma specializing in Classical and Romantic music on period instruments.

Eric’s compositions have been performed widely in the United States and in Tokyo, Japan. He was awarded an ASCAP Jacob Druckman Memorial Commission to compose an orchestral work, Three Character Pieces, which was premiered by the Seattle Symphony in March 1998. Eric studied piano with Gary Graffman and Peter Serkin and composition with Ned Rorem, Jacob Druckman, and Martin Bresnick. He attended the Tanglewood Music Center both as a performer and as a composer.