Home  >  Early Music Vancouver Past Events  >  Handel and his Rivals – SOLD OUT!

Wildly virtuosic works by Handel and the rival composers from 18th century London’s ‘Opera of the Nobility’ who briefly put him out of business. Music by Porpora, Hasse, Veracini and others.

Interest in opera never quite blossomed in seventeenth-century England. In 1692, the editor of the Gentleman’s Journal summed up the English attitude to opera thus: “Other Nations bestow the name of Opera only on such Plays whereof every word is sung. But experience hath taught us that our English genius will not rellish [sic] that perpetual Singing.” Times had apparently changed by the eighteenth century, however, as from about 1705 onward, the Queen’s Theater in Haymarket acquired an impressive roster of instrumentalists and began to perform imported Italian operas. George Frideric Handel had the honor of supplying the first opera composed specifically for this stage, Rinaldo, in 1711, shortly after his arrival on the Fairest Isle. He had acquired mastery of the Italian style during his time spent in Rome the previous four years. In 1719, King George I authorized the creation of the Royal Academy of Music to stage Italian operas. Handel, who had established a significant reputation for himself by that point, was requested by the Earl of Burlington to travel to the Continent to collect the best singers he could for the new company. Burlington himself traveled to Rome to entice Italian composer Giovanni Bononcini to join Handel as co-musical-director of the venture. Handel returned with four castrati, including the highly sought-after Senesino (castrati traditionally took a single name as their stage name). These male singers—castrated before adolescence to retain a boy’s vocal range with an adult’s vocal power—had to be sourced from Italy, as other nations had understandably mixed feelings about the process of creating them. Their importation was indispensable to bringing the incredibly virtuosic arias of Italian opera to life on foreign soil.

Italian-trained female singers played as crucial a part in the Academy’s success as the castrati. Francesca Cuzzoni attained great acclaim as the Academy’s prima donna during the 1720s. She sang the role of Cleopatra in Handel’s Giulio Cesare(1724) opposite Senesino, who took the title role. Cleopatra’s arias “Piangerò” and “Da tempeste il legno infranto” occur in quick succession in Act III of the opera and show the incredible range of emotion that Handel demanded of his singers. The first of these arias finds the Egyptian Queen sentenced to prison by her power-hungry brother Tolomeo. She first laments her fate, expecting to die, but in the central section of this da capo aria, she vows to come back as a specter to torment her prisoner. Such a quick shift of dramatic affect is a typical device of Handel and his contemporaries: In the ABA standard aria format of the time, the “B” section often displays a drastic shift in mood, only to return to the original sentiment at the conclusion. “Da tempeste” occurs after Caesar, believed to be dead, rescues Cleopatra, prompting her to express her triumph in a dazzling array of coloratura. Cleopatra’s mastery of her situation therefore finds musical embodiment in the singer’s mastery of her voice.

Cuzzoni played the title role in Handel’s Rodelinda (1725), again opposite Senesino, who portrayed her supposedly deceased husband and king, Bertarido. Rodelinda discovers that her husband still lives, but not before she grudgingly promises to marry a usurper to the throne, Grimoaldo. After Rodelinda finds out that Bertarido is still alive, Grimoaldo throws the former king in jail, believing him to be an imposter. In Act III, Bertarido escapes prison with the assistance of an ally of his, Unulfo, who sustains an injury as they leave the cell together. Rodelinda visits the cell only to find it empty and covered in blood. Fearing the worst, she sings the aria “Se ‘l mio duol non è sì forte” to express her grief and her desire to die rather than to live with her anguish. As we hear the descending, chromatic bassline and the musical sighs that Handel weaves over the top, we mourn with Rodelinda. Her long, often dissonant, sustained notes reach out to infinity to express her longing for an escape from what she believes is the loss of her husband. Of course, Bertarido is really alive, and upon Rodelinda’s discovery of this fact after a few scenes, her aria “Mio caro bene” celebrates their newly unobstructed love. Perhaps more importantly to Cuzzoni, there was a final chance for a display of vocal fireworks before the end of the opera.

Despite the success enjoyed by Handel and his singers during in the mid-1720s, 1727 ended the Academy’s string of successful seasons. Bononcini faced increasing difficulties in England due to mounting anti-Catholic sentiments, and Astianattewould be his last opera for the Britons. Cuzzoni by this point had problems, as well: In 1726, the nobles who operated the Academy insisted on bringing in new blood to stimulate interest in the subscribers. Soprano Faustina Bordoni arrived in London that year, which saw her cast in rival roles to Cuzzoni on the same stage. During the premiere of Astianatte, the sopranos’ increasing resentment toward one another exploded into an onstage brawl. The audience also became involved, and a veritable riot ensued. Several nobles, appalled, saw to it that the theater shut its doors. After a brief hiatus, however, the Academy was able to resume productions the following autumn.

For reasons that still remain unclear, a rival group of nobles set up a new opera company in 1733. Given the difficulties that Handel was beginning to encounter to keep up audience interest, it seems strange this new Opera of the Nobility formed in the first place. The new company hired Neapolitan composer Nicola Porpora, who supplied Arianna in Nasso as the premier work. The Academy then saw Senesino and Cuzzoni stolen from them by this rival new venture. The aria “Miseri sventurati”, originally sung by Cuzzoni, shows Porpora’s more modern, emerging galant style as cultivated by the Neapolitans. The simple accompaniment texture of repeated eighth notes, relatively slow and steady chord changes, and frequent small-scale repetitions are all hallmarks of this style, which therefore contrasts with Handel’s more old-fashioned—albeit richer—language. The Opera of the Nobility managed to stage several works by Continental composers, including Johann Adolf Hasse and Francesco Maria Veracini, yet England’s fickle interest was not enough to offset the huge debts incurred by the directors. Both rival opera companies went defunct in 1738.

Handel, however, had long guaranteed his personal success by securing a number of patrons for his music. After abandoning opera, he turned to the oratorio genre, of which Messiah is the best known. He supplied occasional music to the monarchy, including the Water Music, written for a ceremonial journey down the River Thames taken by George I in 1717. Handel also published instrumental music, though the Concerti Grossi, Op.3 (1734), were probably printed without his authorization or supervision. Certain of the concerti are composites or clippings from various earlier works, and therefore, performing individual movements from the pieces does them no injustice, since they were not necessarily conceived as cohesive wholes in the first place. 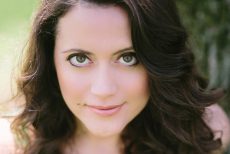 She sang Eurydice on BEMF’s GRAMMY-winning recording of Charpentier’s La descente d’Orphée aux enfers, released her début solo album The Power of Love with Apollo’s Fire on the Avie label and recorded Euridice in the 1774 version of Gluck’s Orfeo with Philippe Jaroussky for ERATO.

PBO regularly joins forces with internationally celebrated Canadian guest artists, providing performance opportunities for Canadian musicians while exposing West Coast audiences to a spectacular variety of talent. The Orchestra has also toured BC, the northern United States and across Canada as far as the East Coast. The musicians of the Pacific Baroque Orchestra have been at the core of many large-scale productions by Early Music Vancouver in recent years, including many Vancouver Bach Festival performances led by Alexander Weimann.