Star British lutenist Nigel North joins Canada’s now-legendary viol consort, Les Voix Humaines, for a performance of John Dowland’s 1604 Lachrimae. This iconic collection of passionate pavans, galiards, and almands is replete with musical effects, dissonances and suspensions that powerfully evoke the melancholic subjects that re-appear throughout Dowland’s compositions: the agonies of the soul, night, and darkness. This performance will also include the premiere of a new work by Quebec composer Stacey Brown commissioned for Les Voix Humaines by Early Music Vancouver.

“The group’s blend is soft-woven and wonderfully fibrous, full of textural interest. Extensive ornamentation throughout the disc and a rhetorical approach to line give the music a pleasing, madrigal-like freedom.” – Gramophone Magazine

Presented in collaboration with Music on Main’s Modulus Festival

Lachrimæ, or seaven Teares figured in seaven passionate Pavans […]
set forth for the Lute, Viols, or Violons, in five parts (1604)

Little is known about John Dowland’s beginnings. Born in 1562 or 1563, there are arguments for both London and Dublin as his place of birth. His enviable international career started in 1580 when he became lutenist in the service of Sir Henry Cobham, Queen Elizabeth’s ambassador to the French court in Paris. Here he converted to Roman Catholicism, a move that would have lifelong consequences.

He attributed his unsuccessful bid to serve at Elizabeth’s court to his attachment to his Catholic faith. Elizabeth, a great admirer of Dowland’s musicianship, described him as “a man to serve any Prince in the world but an obstinate Papist”! He was obliged to pursue a very successful career in Europe while his family remained on the “precious stone set in a silver sea”.

Highly sought after as the foremost lutenist of his time, the poet, Richard Barnfield wrote that Dowland’s “heavenly touch upon the lute doth ravish human sense.” In 1598 Dowland became one of the highest paid servants to Christian IV of Denmark, whose musical court was the envy of Europe. Dowland’s huge salary allowed him to travel regularly to England to publish his latest volumes and to see his family, to the ire of the King of Denmark!

During his European adventure, Dowland, like other seemingly innocent musicians, was also involved in espionage. On top of his musical duties, he acted as a spy for Sir Robert Cecil, Queen Elizabeth’s Secretary of State, and was even offered a handsome sum by the Pope to spy on some heinous, Roman intrigue. He turned down that attractive proposition through a sense of loyalty to his Queen.

In 1606 Dowland was released from his duties at the Danish court and returned to England to serve as a member of James I’s musical entourage until his death in London in 1626.

Dowland’s Lachrimæ, or Seaven Teares, Figured in Seaven Passionate Pavans, featuring the saddest, descending tetrachord heard throughout the pavans, is an iconic work that defies the 21st-century concept of sound bites or tweets! Slow and rich in harmony with time for contemplation, the pavans unfold with increasingly exquisite and dissonant harmonies.

Flow my tears, fall from your springs,
Exil’d for ever let me mourn;
Where night’s black bird her sad infamy sings,
There let me live forlorn…

The sonnet, Flow my tears, possibly penned by Dowland himself, appears first in his Second Booke of Songs or Ayres dated 1600. Based on the dance form of the pavan, Dowland composed several versions of the piece for solo lute, the first, Lachrimæ Pavan, appearing in 1596. Other composers borrowed the theme; John Bennet in his madrigal Weep oh mine eyes and Dowland’s Scottish colleague in Denmark, celebrated viol player, composer and mercenary soldier Tobias Hume, in his What greater grief, to name but a few.

Published in London in 1604, during Dowland’s years in Denmark, Lachrimæ or Seaven Teares is dedicated to Anne, Queen of Denmark. The title page includes the epigram “Aut Furet, aut Lachrimat, quem non Fortuna beavit,” or, “He whom Fortune has not blessed either rages or weeps.” In the preface Dowland writes, “Though the title doth promise teares, unfit guests in these joyfull times, yet no doubt pleasant are the teares which Musicke weepes, neither are teares shed always in sorrow, but some time in joy and gladnesse.” The collection also includes “divers other pavans, galliards and allemands,” which, in our concert, alternate with the Lachrimæ pavans and exquisite lute solos on which Dowland’s reputation was built.

Dowland’s Lachrimæ has become canon in the annals of consort music. “Unfit guests in these joyful times,” these seven tears of extreme intensity are lamentations beautifully expressing the deepest melancholy of the soul!

This performance is significantly different from most in that the music is ornamented in a style appropriate to the period and in defiance of a certain modern Puritanism that demands total adherence to the written page. The embellishments add expressive elegance and musical freedom to the performance that we hope enhances the audience’s “joy and gladnesse”!

Initially inspired at the age of seven by the early 60’s instrumental pop group “The Shadows”, Nigel studied classical music through the violin and guitar, eventually discovering his real path in life, the lute, when he was 15. Basically self-taught on the lute, he has been playing and teaching for nearly 50 years.

After hearing one of Nigel’s Bach recitals in London, Julian Bream recalled in 2002 “I remember going to a remarkable recital, one which I wish I had the ability to give: it was one of Nigel North’s Bach recitals, and I was bowled over by how masterful and how musical it was. A real musical experience, something you don’t always get from guitar and lute players and which, in general, is pretty rare.” Recordings include a four CD boxed set “Bach on the Lute” (Linn Records), four CDs of the lute music of John Dowland (Naxos), and a new ongoing series of music by Sylvius Weiss (BGS) and Francesco da Milano (BGS). 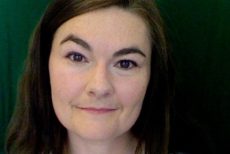