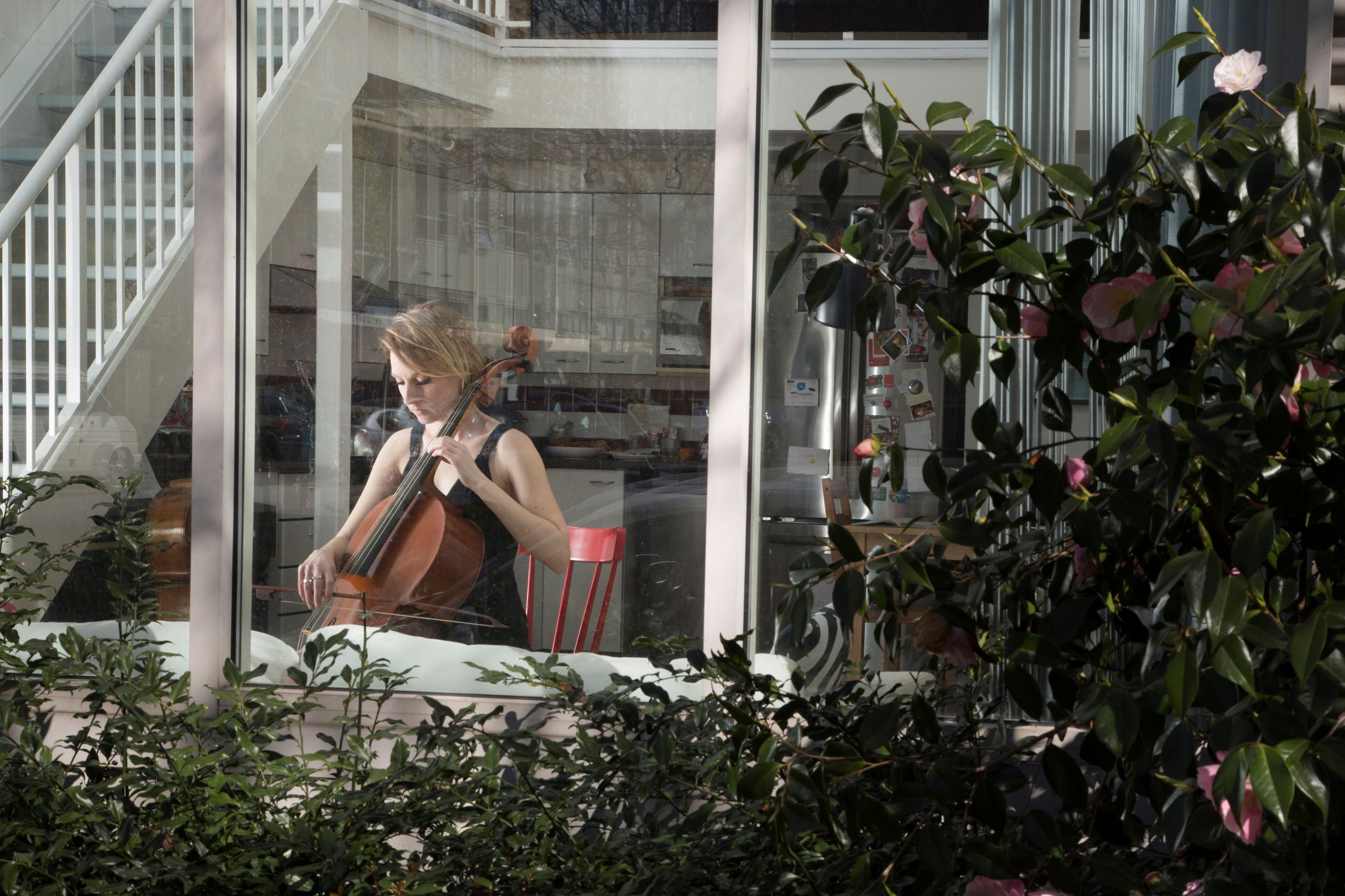 For the first three weeks of isolation, I didn’t play any music even though I was inside and surrounded by many cellos. Then I accepted a lovely invitation from Little Chamber Music to create an Isolation Commission. I had no other choice but to get my cello. None of the pieces that came to mind felt right in my heart, so I thought I could improvise instead.

And that felt good. I felt free. I could express precisely what I was going through. And so I kept improvising. I created the commission with great pleasure and gradually started desiring music again on a daily basis.

A week later, I played a live-stream show as a guest of the Vancouver Improvised Arts Society, and since then I have started working on my own music, as well as Gabrielli’s ricercari and Bach’s Sarabande V – a mysterious piece of solitude, reflection, and vulnerability.

Music can be very comforting and soothing. It helps us reconnect with our deeper selves, process our feelings and emotions, and bring people together.

There is one particular performance that has been important to me lately: Portuguese fadista, Mariza, singing “Gente da Minha Terra”. She performs live in Lisboa, in the historical neighbourhood of Belem where the Tagus river – which comes from very far away in Spain – finally meets the Atlantic Ocean. Mariza sings what translates approximately to:

“People of my land, I have just come to realize, that this sadness I carry within me, I have received it from you”.